Fingerprint sensors for Metal, Glass and Display by Qualcomm 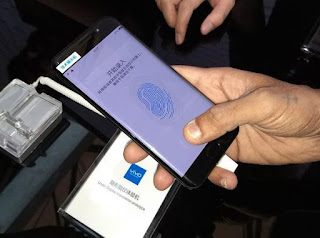 -put your phone to fastboot mode. turn off your phone, then press and hold vol + and power button

-click browse and search your fastboot rom location
-choose flash all in bottom of miflash tool
-and click flash
-wait for few minutes
-if success, disconnect your phone from your pc/laptop
-enjoy your miui 7 marshmallow

The company has been teasing its new Mi Max for a while now, dropping images and videos to boost the hype before the big unveiling. We already knew it would have a massive 6.44-inch screen, but let's see what else it brings to the table. 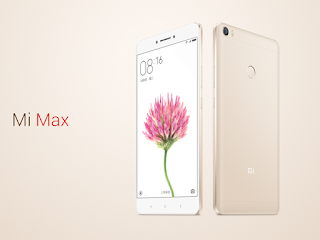 First off, Xiaomi's Global Vice President Hugo Barra claims that despite the huge display, the new Xiaomi Mi Max is still "extremely pocketable."
Firing up that massive display is a beefy 4,850 mAh battery, which should suffice for a decent battery performance.

The screen is housed in a sleek metal unibody, which makes the phablet look stylish and premium. Under the hood, the Xiaomi Mi Max packs a Snapdragon 650/ 652 processor and different configurations — either 4 GB or 3 GB of RAM, paired with 32 GB, 64 GB or 128 GB of storage.
The two processing options — Snapdragon 652 and Snapdragon 650 — seem a bit odd, considering that the Mi Max has powerful specs otherwise. Flagships typically pack the higher-end Snapdragon 820, leaving the 650 line to mid-rangers.
Processing options aside, other Xiaomi Mi Max specifications include a fingerprint scanner, a 16-megapixel main camera, a 5-megapixel selfie cam with wide-angle lens, 4G dual-SIM and MIUI 8 running the software side. Color options include Gold, Silver and Dark Gray.
As expected, the Xiaomi Mi Max comes as an affordable device. The base model with Snapdragon 650, 3 GB of RAM and 32 GB of storage costs RMB 1,499, or about $230. The middle variant with a Snapdragon 652, 3 GB of RAM and 64 GB of internal storage runs up to RMB 1,699, or about $261. The top option, meanwhile, packs a Snapdragon 652, 4 GB of RAM and a heftier 128 GB of internal locker space, going up to RMB 1,999, or about $307.
Keep in mind, however, that the prices outside of China will likely be higher, as taxes and shipping will add to the total cost.
For more information on the Xiaomi Mi Max specifications or to get a better look at the handset's design, head over to Xiaomi's MIUI forum and sneak a peek.

Unknown June 20, 2016 Comment
The Xiaomi Mi Max powerhouse might get a new variant soon, with less RAM and storage and most likely a lower price to match.
A new leak hints at an upcoming Mi Max version with 2 GB of RAM and 16 GB of storage, which should translate to a budget-friendly price tag.
As a reminder, the regular Xiaomi Mi Max phablet that launched last month features either 3 GB of RAM with 32 GB or 64 GB of storage, or a heftier 4 GB of RAM and 128 GB of native storage space. 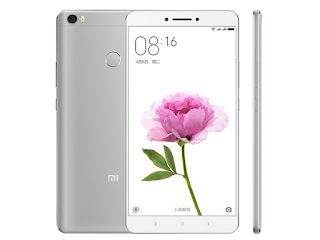 The mammoth device borders on tablet territory with its immense 6.44-inch display, which is its main selling point. That huge display and a large battery to match turned the Xiaomi Mi Max into an instant hit, making it one of the most desirable phablets with affordable price tags.
The purported new variant with 2 GB of RAM and just 16 GB of storage is said to retain all other specifications of the original variant, including the gargantuan display.
If the RAM and storage are the only specs that are different from the existing Xiaomi Mi Max, it means the new variant should pack a Snapdragon 650 processor, a 16-megapixel rear camera, a wide-angle 5-megapixel selfie cam, and a massive 4,850 mAh battery to fire up the huge display. That battery promises impressive performance and Xiaomi even set up a live stream to show just how long the Mi Max can last on a single charge in standby mode, with its display turned on every hour.
The phablet further features fast 4G LTE connectivity, dual-SIM support, and Xiaomi's MIUI 8 software.
In terms of pricing, the Xiaomi Mi Max with a Snapdragon 650 processor, 3 GB of RAM and an internal storage space of 32 GB starts at roughly $230 in China and $325.89 globally. Considering that this newly-leaked variant has less RAM and less storage, it's pretty safe to assume that it should also come at a lower price point, which in this case would mean under $200 in China and under $300 for the rest of the world.
On the other hand, Xiaomi has not made any announcement in this regards, so it remains to be seen whether such a variant is indeed in the cards. Until we get an official confirmation from the company, it's best to take this leak with a grain of salt. As always, we'll keep you up to date as soon as we learn more.

Unknown June 08, 2016 Comment
The latest major release of Xiaomi's popular mobile OS has been in the works for some time now. As originally promised, after two weeks or so of closed beta testing, the ROM is now available for download, so you can get it and test it on your Xiaomi device for yourself. 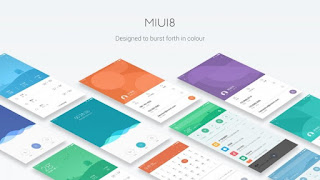 Currently, there are builds for the Mi 2, Mi 2S, Mi 3, Mi 4, Mi 5, Mi Note and Mi Max. For any of these, you can hit the source link and download a copy right now. According to the original release schedule, a Developer ROM should be made available on June 17, which will also add support for the Mi 4C, Mi 4S, as well as all Redmi and Mi Note phones. And the list is likely to get even broader after a stable release. 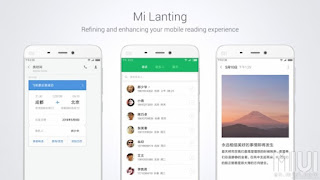 As for the changes within MIUI 8, it has undergone a major UI upgrade. Everything is now a lot more colorful with dye tweaks across all default apps and a whole new notification and quick toggle shade with beautiful weather animations. Fonts are also a lot more refined thanks to Mi Lanting - the company's effort to bring about a better reading experience. 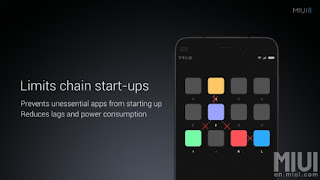 Many of the apps now have new features and behind the scenes improvements. For instance, the Gallery offers a lot more editing options for photos and videos. The Notes and Calculator have also gotten smarter and on a system-wide scale, there are a few new power-saving improvements. 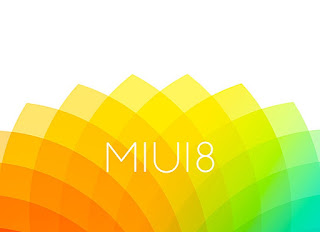 Xiaomi has released its latest MIUI 8 ROM for public beta testing. If you own a Xiaomi phone and are of the adventurous type, this is your chance to be among the first to have a go at the Chinese company’s latest OS based on Marshmallow.
Although the software has been tested internally for a couple of weeks, there’s a good chance that it may still host quite few bugs. And keep in mind that failing to flash your phone properly can render it into one expensive paperweight.
Now that we are past the obligatory words of caution, here’s the list of phones compatible with MIUI 8 beta: Mi 2, Mi 2S, Mi 3, Mi 4, Mi 5, Mi Note, and Mi Max. The world’s second most valuable technology startup is working to get the Developer ROM release on June 17, which will add support for all Redmi and Mi series handsets. On a related note, if you are wondering what Mi stands for, it is simply “Mobile internet.”
According to Xiaomi’s website, MIUI 8 comes with new animations, a brand new font, and a palette of new colors. Other notable features include: the ability to capture more than what you see on the screen area in one screenshot; the dual account system that provides users full control over their data, address book, and call history; and the Gallery app has picked up some more photo editing capabilities. MIUI 8 also comes with a built-in scanning feature that can read QR codes and business cards. Lastly, there’s a power saving mode that freezes background app activity to prolong your phone’s battery life. For more on all the changes coming in this iteration of MIUI, check out our What’s new in MIUI 8 rundown.
If the new features excite you enough to put up with a few bugs, head over to the MIUI 8 flashing guide. Good luck, and do share with us your experience. 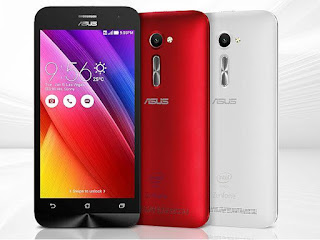 Credit goes to the creator of the Zenfone 2 installer: @29y6145 Thread